As I’ve explained in previous blog posts, I create soundtracks for most of my novels and longer fiction. My lost-in-the-forest changeling novella SHADE OF STILLTHORPE is steeped in music, and definitely required a soundtrack, which I created between drafts and which in turn shaped the narrative.

You can listen to the playlist via Spotify or via the widget below.

Here’s a track-by-track explanation of the selections:

1. The Earth With Her Crowns – Laura Cannell
This track represents the ‘opening credits’, for want of a better term. SHADE OF STILLTHORPE is partly a folk horror, and this sparse track evokes plenty of Blood on Satan’s Claw-esque foreboding, and it’s utterly beautiful too. And what a title! If you haven’t been listening to Laura Cannell these last few years, do.

2. The Geography – Belbury Poly
The protagonist, Key, has a relationship with the wild that’s primarily nostalgic, and this hauntological track from Belbury Poly evokes secondary-school textbooks as much as nature. I love the sampled final line – Look for this sign to show you’re on the right track – leading directly into the immediately more pessimistic ‘Get Lost’.

3. Get Lost – Tom Waits
A track that Key might well love, without recognising the implications. Here, the command to ‘get lost’ could be interpreted as an invitation to check out of normal, dull life… but after his camping expedition with his teenage son Andrew, Key will become lost in a far more profound sense.

4. Sirene – Machinefabriek & Anne Bakker
Another folk-horror-ish, hauntological track, its beauty increasingly interrupted by glitches and errors. No spoilers, but it’s all key to Key’s experience in the novella.

5. Kool Thing – Sonic Youth
The first of three diegetic tracks (that is, music that explicitly features in the story). Key loves Sonic Youth, but when his son professes a love for the band, it’s hardly reassuring. Who is this strange boy who insists that he’s Andrew?

6. Cat Claw – The Kills
Andrew – or Andy, as this unfamiliar boy calls himself – plays the simple riff from this song on the electric guitar, and not badly. Why does Key find that so unnerving?

7. The Titans / The Chamber / The Door – Bernard Hermann
Key, Alis and Andy watch Jason and the Argonauts together, partly to allow me to feature this snippet of Bernard Hermann’s score, which accompanies the discovery of the statue of Talos. It’s one of my earliest soundtrack memories, and still gives me shivers every time I hear it.

8. Tulpar – Galya Bisengalieva
This is the turning point, I suppose, when Key finally determines that he’s losing control over his environment. Galya Bisengalieva is leader of the London Contemporary Orchestra, and her first couple of EPs are outstanding, and subtly terrifying.

9. Magic Doors (live) – Portishead
Another band that Key presumably loves, and another track that takes on new meaning in the context of his gradual unravelling. This live version is a little wilder and more frenetic than the album track, with a constant threat of the rhythm section racing ahead too fast and leaving Beth Gibbons behind.

You can stream the playlist via Spotify, or play it directly below.

See here for more information about SHADE OF STILLTHORPE, published by Black Shuck Books on 26 April 2022.

My Martian murder-mystery novella, Universal Language, will be published on 6th April. It’s a classic locked-room mystery with a twist (besides being set on Mars, that is): the body of scientist Jerem Ferrer is discovered in an airlocked room, and the sole suspect is a robot whose Asimovian behaviour protocols mean it can’t actually commit murder. Private-eye ‘Optic’ Abbey Oma is on the case, soon joined by puppyish Franck Treadgold, investigating the political, commercial and criminal networks of the Mars colony to determine who killed Jerem Ferrer.

Recently I’ve written a bunch of blog posts to introduce different aspects of the novella – I’ll post links to them as they appear on venues around the web. This post is about an aspect that I suspect is more important to me than any potential readers: a book soundtrack. Still, I think it may act as much as an effective primer to the novella as a consolidation for readers who’ve already completed it.

I’ve played this game of creating a book soundtrack for each of my novels and novellas. It doesn’t so much reflect the music I’ve written to, but rather a soundtrack to a hypothetical film adaptation. Having begun to put together a soundtrack after the first draft, the tracks often begin to ‘infect’ scenes on a second or third pass, informing tone, pace or, in some circumstances, characterisation. By the time the manuscript is complete, the soundtrack is (in my mind) inseparable from the book.

Click here to listen to the Universal Language book soundtrack on Spotify. And here’s my reasoning behind the choices:

1. Space Is the Place / We Travel the Spaceways – Sun Ra & His Arkestra
I can’t remember when I decided that my intergalactic private detective, Optic Abbey Oma, would be a fan of free jazz. Quite possibly, it was when I first put my mind to soundtrack choices, after the first draft. I loved the thought of hurtling across the Martian wastes in a rover, blasting Sun Ra from her suit’s in-built speakers. ‘Space is the Place’ is rather on the nose, but I still feel it’s perfect, and this live version performed at Inter-Media Arts in 1991 is raw and raucous, and features a grandstanding outro that would appeal to Abbey’s own ego.

2. I Will Try – Holy Motors
Abbey in detective mode. Despite her bravado and callous exterior, she’s astute and thoughtful. And judging by this song choice, she’s as smooth and idiosyncratic an investigator as Chris Isaak’s Agent Desmond in Twin Peaks: Fire Walk With Me. Did I mention yet that Abbey Oma would be played by Gwendoline Christie in a film adaptation, if I had any say in the matter?

3. Very Special – Duke Ellington
The wildest of bop. Any of several tracks from Ellington’s album Money Jungle would have fitted. Ideally, this track would play every time Abbey begins to follow a new lead.

5. Terrain – Julia Kent
Another handily literal track title, as this is music to evoke the Martian landscape. The colonists complain of shared dreams of storms which, I think, would sound like this.

6. Nina Simone – Funkier Than a Mosquito’s Tweeter
Abbey Oma’s self-professed ‘theme song’, with lyrics that resonate with her professional attitude: ‘Clean up your rap, your story’s getting dusty / Wash out your mouth, your lies are getting rusty’. Within the novella, this track is notable for making even mild-mannered Franck whoop and thump the steering wheel.

7. Why Spend the Dark Night With You – Moondog
I love that Abbey loves Moondog. I think they’d get on well, this spacefaring private eye and the busking ‘Viking of 6th Avenue’. This brief, beautiful track is whistled by Abbey twice in the novella, one time while levelling a pistol at Franck.

8. My Little Grass Shack – The Polynesians
Variety is important in both a work of fiction and a book soundtrack. This kitsch Hawaiian ditty represents a turning point in the plot, and, oddly enough given its cheeriness, Abbey’s lowest moment.

10. Galaxy Around Oludumare – Alice Coltrane
Another fairly blunt selection, I suppose, but Abbey would love this as much as I do. The entirety of Coltrane’s incredible album World Galaxy suggests off-kilter otherworldliness, the orchestral arrangement at the start of this track is peerless, and the swirling electronica presaging the insane saxophone ‘melody’ is utterly disorienting.

11. Listen to Bach (The Earth) – Eduard Artemyev
Another slight cheat, as this is taken from Andrei Tarkovsky’s film Solaris. But I think it does a wonderful job of evoking the burgeoning religious influence within the Martian community in Universal Language, and it’s insanely beautiful to boot.

12. Sunset – Idris Ackamoor & the Pyramids
End credits music, I suppose. After all that woozy free jazz, this is far more grounded and light. I rarely write happy endings, but the ending to Universal Language makes me smile. I hope one day I’ll get to write more about Abbey and Franck’s continuing cases. They’re a lovely team.

I’ve created book soundtracks for all of my longer fiction (novels and novellas, both published and as-yet-unpublished), partly as a way of consolidating the tone, partly as an indulgence and a pat on the back and partly, typically, as a distraction activity during the final draft. The idea is to provide a musical teaser before reading the novel, or a soundtrack of a theoretical film adaptation, but not simply a background playlist.

Today Ginger Nuts of Horror published my article about book soundtracks, including the rules of my nerdy game (yes, there are rules and no, I don’t always stick to them. I won’t repeat the rules here (because you can read the full article instead), or the stories behind some of the track choices, but I don’t think it’s bad form to repost the Spotify playlist:

I had fun creating a soundtrack to BLIGHTERS.

The first couple of tracks and the final one are choices made by the main character, Becky, rather than me – she inherited her dad’s passion for 70s prog rock. Three of the tracks are actually named in the book (‘The Temples of Syrinx’, ‘Cat Man’, ‘Hocus Pocus’). The rest simulate the woozy experience of coming close to an alien slug that, though terrifying in appearance, produces a radius effect of utter contentment. I think it’s fair to say there’s no right answer about the correct musical accompaniment to that.

You can read more about the musical influences behind BLIGHTERS in my guest blog post on the Abaddon website.

I listen to music while I write. It’s usually drone, industrial or minimal techno. I could wax lyrical about the state of mind induced by Biokinetics by Porter Ricks, Grapes from the Estate by Oren Ambarchi or Water Park by Dirty Beaches. Each story I write is usually accompanied by a particular few albums on rotation.

But that’s by the by. That’s not the kind of soundtrack I want to write about here.

I’ve started creating playlists for each of the longer pieces of fiction I’ve written. You could think of them as soundtracks to imaginary film adaptations, I suppose. But who says that books shouldn’t have soundtracks in their own right? In fact, creating a soundtrack playlist has helped me pin down the tone of stories while I’m still editing them.

I like to make the process convoluted. I’ve come up with a fairly strict set of rules:

My novella, Carus & Mitch, is published by Omnium Gatherum on Monday (23rd Feb 2015). It’s about two girls who live entirely alone in a remote house, afraid of the dangers outside. It’s kind of creepy.

Here’s a Spotify soundtrack to accompany Carus & Mitch. Hopefully, it ought to work either as a teaser to reading the story, or a kind of epilogue if you’ve already read it.

It’d probably be counterproductive to explain the reasoning behind each of the track choices. But perhaps it’s worth noting that the 1940s tracks and the ‘Autumn’ educational record are the diagetic (in-world) ones. I like the image of Carus and Mitch investigating a vinyl record collection they’ve discovered in the house.

Mild spoilers: The playlist reflects the book in that it transitions from cosy to queasy to a little bit terrifying. Enjoy. 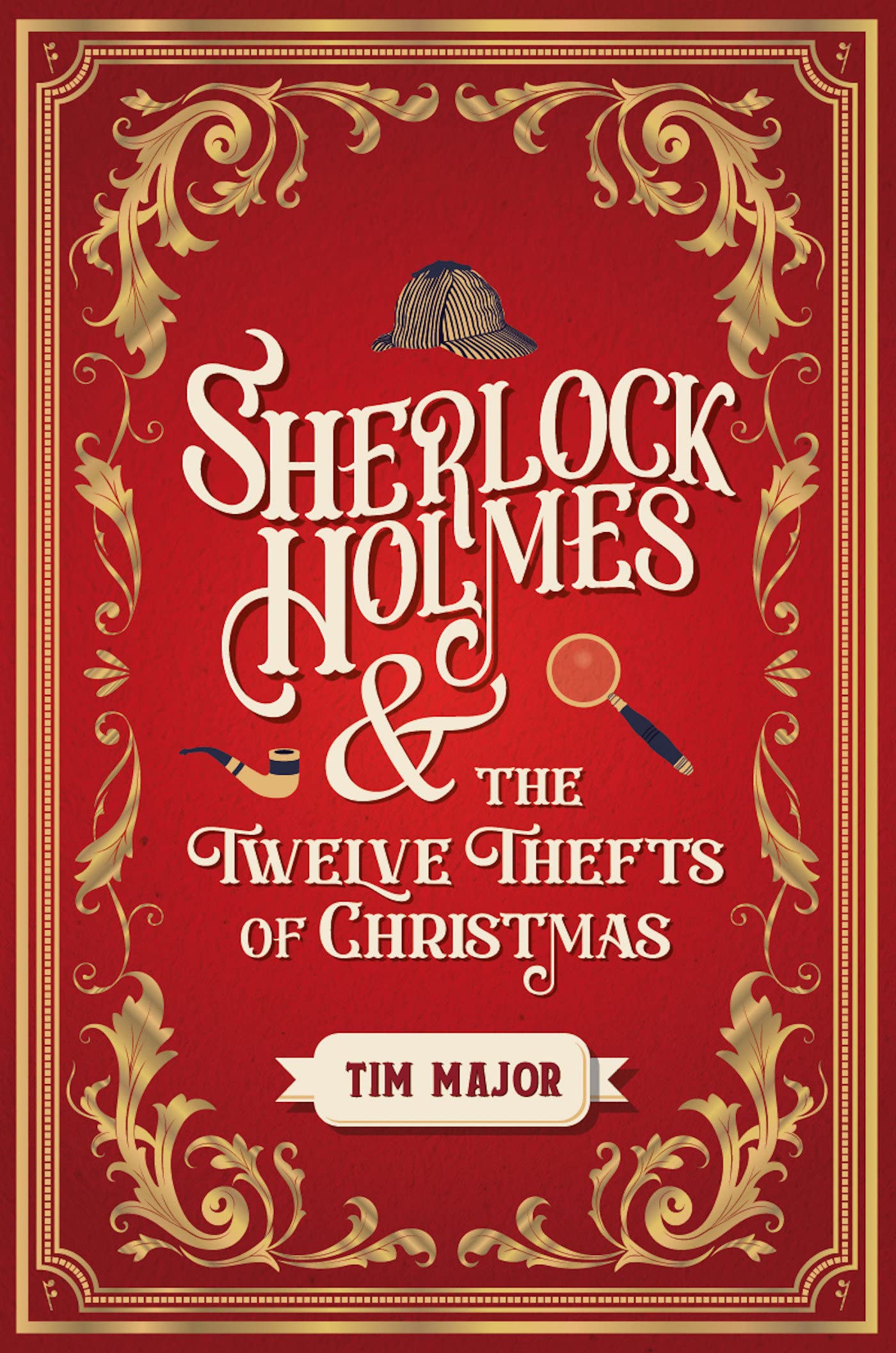 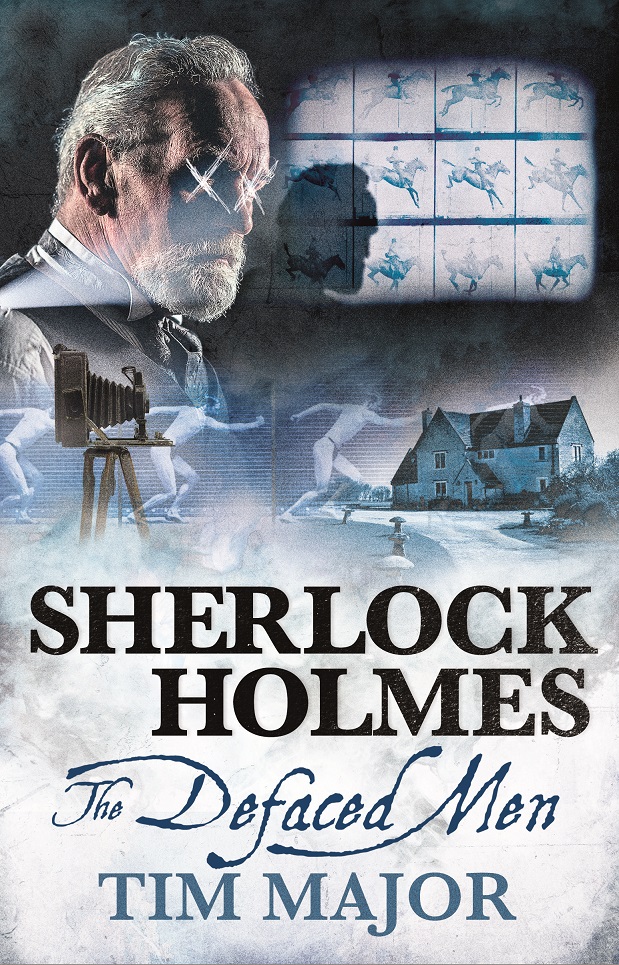 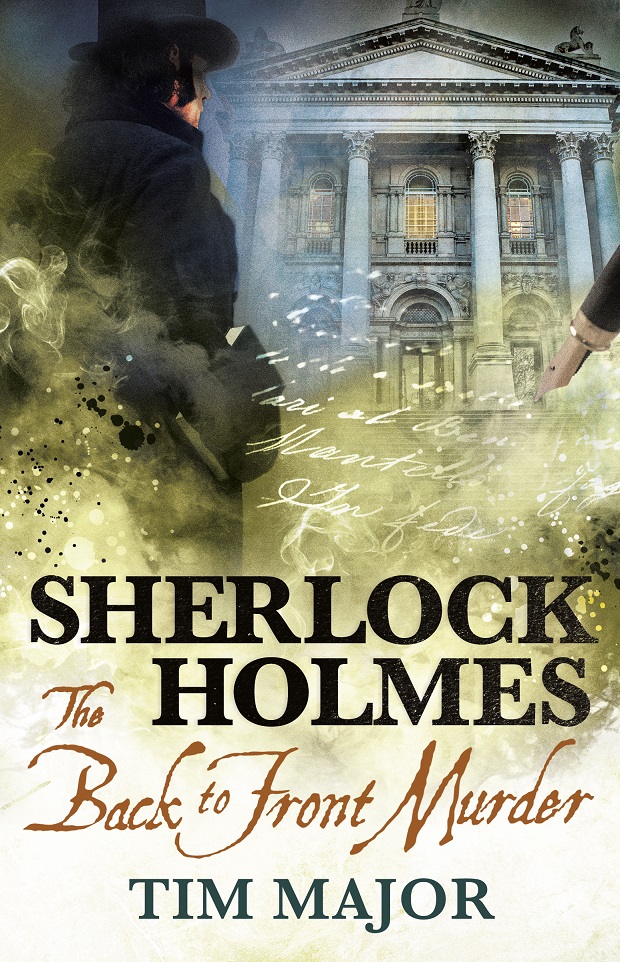