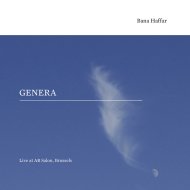 Goodness, what a lot of good drone albums there were this year! The Sacrificial Code by Kali Malone is a towering achievement – almost two hours of austere, subtly shifting pipe organ drones that slip me into a liminal space the moment they begin. I’ve listened to Genera – Live at AB Salon, Brussels by Bana Haffar more than any other album this year and still I understand it very little, but find it totally absorbing, strange and inspiring. The Gaelic smallpipe drones of The Reeling by Brighde Chaimbeul are utterly stunning – it’s an album that I’ve returned to far more than I’d expected on first listen. Bioluminescence by Shorelights is a far more manufactured confection, but there’s an organic element to the pulses, bird calls and wind beneath the surface. I can’t get enough of it. The field recordings of Vegetal Negatives by Marja Ahti are far more comprehensible, but conjure a soundscape that’s no less weird and no less hypnotic. Kimberlin (Original Soundtrack) by Abul Mogard continues Mogard’s incredible run of form, no less crucial and enveloping than any of his non-soundtrack work. Futuro (Music for the Waldorf Project) by Not Waving is an arresting soundtrack for literally anything you might be doing, and which sounds utterly different on each listen, as if the recording might respond to one’s mood. The title track of Epistasis by Maria w Horn, with its live string quartet and brooding – is it a harmonium? – is the standout track of a standout album. Traveller on the Road by Skin Crime recalls the most dread-filled moments of David Lynch movies, and sits well alongside other Hospital Productions artists such as Rainforest Spiritual Enslavement. Industry / Water by Michael Gordon / Jonny Greenwood  is the best release so far from Greenwood’s Octatonic label, as much a drone record as modern classical, and bodes well for future releases. Pyroclasts by Sunn O))) is awesome in the most awe-filled sense of the word. Pale Bloom by Sarah Davachi is another wonderful album from the Californian artist – particularly the 21-minute final track, which brings us all the way back to the organ dirge of Kali Malone. 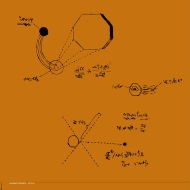 That’s a valid category, isn’t it? Atto IV by Vladimir Tarasov is an astounding album of jazz riffs and pulses that recall one of my favourite Oren Ambarchi albums, Quixotism. The man himself is present on Oglon Day by Oren Ambarchi, Mark Fell, Will Guthrie, Sam Shalabi, which delivers dizzying overlapping rhythms and a sense of huge regret at not seeing the performance live. Pink Nothing by Tom Richards, performed on an emulation of Daphne Oram’s unfinished ‘Mini Oramics’ machine, is maddeningly hypnotic. Triumvirate by Carter Tutti Void isn’t quite up to the level of majesty as their Transverse release, but it’s still ace. I by Föllakzoid is an unremitting forward march into the alien unknown. 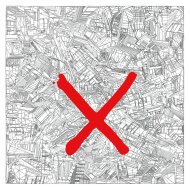 All My People by Maria Somerville is comfortably my favourite vocal album of the year, neatly stepping in for the lack of new Grouper. 2020 by Richard Dawson retains Dawson’s lyrical precision and his wonderful voice, but lacks the lunacy of his previous releases. Arrival by Fire! Orchestra is more accessible than the band’s recent releases and features a surprising amount of vocals. ANIMA by Thom Yorke is assured and full of earworms. The Age of Immunology by Vanishing Twin is joyous and undemanding despite its complexity. Look Up Sharp by Carla dal Forno is strikingly familiar hauntology, an album half-remembered from childhood. The Envoy by Gavilán Rayna Russom is majestic and deeply weird, and features Cosey Fanni Tutti on vocals and arrangements by Peter Zummo. 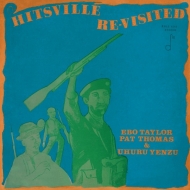 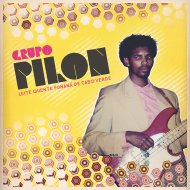 Three Highlife albums provided me with lots of happiness – the first being Hitsville Re-Visited by Ebo Taylor, Pat Thomas, Uhuru Yenzu, also from 1982, the most joyous recording I’ve heard all year. However, the more overly funky Control by Gyedu-Blay Ambolley & Zantoda Mark III, from 1980, and Grupo Pilon: Leite Quente Funaná de Cabo Verde by Grupo Pilon, a collection of 1980s recordings of Electro-Funaná from West Africa’s Cabo Verde Islands, give Ebo a run for his money. Oren Ambarchi rears his head again, curating a vast selection of experimental, drone and unclassifiable recordings from his own record label for the compilation Black Truffle At 10. The rerelease of Michael O’Shea by Michael O’Shea from 1982 is a revelation – Indo-European voodoo played on, according to Boomkat: a hybrid of a zelochord and a sitar, made on a wooden door salvaged in Munich, and with the crucial addition of electric pick-ups and the ‘Black Hole Space Box’. Hissing Theatricals by Tapes, a rerelease of the 2009 dub album, is wonderful, as are the 1980s synth post-punk experiments contained on Beside Herself by Michele Mercure.