This weekend I’ll be heading to the Edge-Lit convention, a one-day genre writing event on Sat 13th July in Derby. It’s always a terrific event, and incredibly friendly. I’m really looking forward to it.

In fact, Edge-Lit was the first writing convention I ever attended, back in 2015, after I’d published only one novella and a couple of short stories. I was very nervous and hung around at the backs of rooms, but the few people I spoke to were lovely. I found the panels and workshops particularly encouraging – they provided me with some useful expectations as I started out on what would hopefully become a writing career.

And I suppose I did end up with a writing career – or at least, I’m still on that trajectory. So, it feels like important milestone that on Saturday I’ll be attending Edge-Lit as an invited guest, appearing on stage, at launches and conducting a workshop.

My workshop is intended to pay back the favour of that help I received when I first attended. It’s titled ‘Routes to Becoming a Novelist’ and is aimed at new writers – I’ll be discussing a sort of apprenticeship route to building up a writing CV.

10am Cinema 1
Short Cuts: Does a Background in Short Fiction Help You Build a Career as a Novelist?
Panel – with Simon Bestwick, Zen Cho(Chair), Jan Edwards, Tim Lebbon, Tim Major

11am Digital Studio (1st floor)
Workshop – Routes to Becoming a Novelist
Intended for writers at the beginning of their career – see description above.

3pm Cinema 2
Black Shuck Books launches PAREIDOLIA , edited by James Everington and Dan Howarth and THE FINITE by Kit Power
(I have a story in the Pareidolia anthology)

6pm Participation Space (ground floor)
Readings – Anne Charnock and Tim Major
As well as reading a snippet from Snakeskins, I’ll probably read from my short story collection, And the House Lights Dim, which will be published 4 days before Edge-Lit.

Do you have an Edge-Lit ticket yet? You should come. If you do, please do come and say hello at any time – particularly if you’re a new writer looking for the same kind of reassurance that I needed when I first attended four years ago. 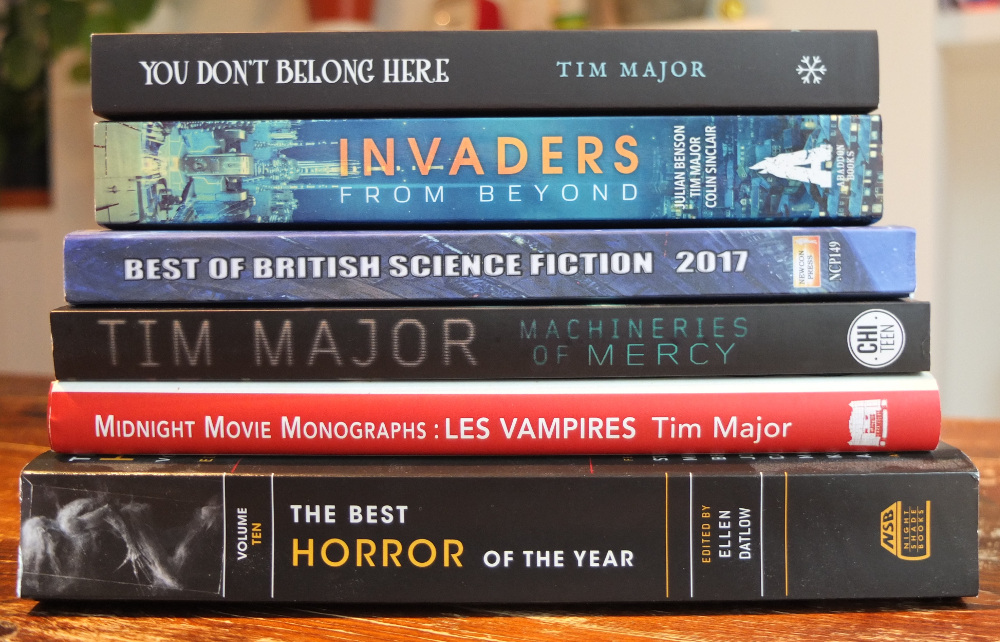